At the age of 16 Andy first picked up a guitar. Inspired by many of the 60’s pioneers such as Jimi Hendrix and Neil Young (and to get girls), his ability to express through improvisation began a lifelong love of music. After spending years playing in rock bands in the 80’s Andy had a break from the music industry before re-inventing himself after finding himself in love with the blues, a transformation that is still evolving with Andy’s music style now best described as Blues/Rock with a touch of Jazz and Funk.
Andy’s unique style of blues rhythm’s in combination with soulful vocals and harmonica takes the music on a journey beyond traditional 12 bar blues formats. No two songs sound the same, with unexpected musical surprises around every corner. Releasing his second album in June 2014 “Change My Hat”, the album has been one of the years surprise packets and is tearing up the blues/roots airplay charts.
Get around this man (and his band) this Sunday afternoon and check out this blues renaissance man…….. 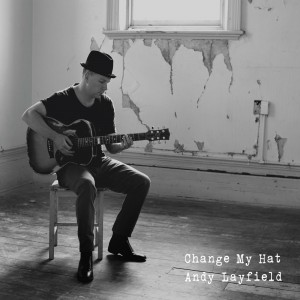 You can leave your hat on Andy