Anyone raised in the Australian outback and who attended over 25 Primary schools,moving from town to town as a young child is bound to have the red dust gypsy blues imprinted on their soul and Gary Soloman is  no exception. By the age of 12 his first guitar was a beat up old steel string which he proceeded to hammer out his favourite songs and then at 16 he left home and started performing in bands around Melbourne, playing at Clubs and Hotels encouraged by his bass mentor “Ron Terry”. Gary would go on to perform and record with many Australian , International artists and bands, including,  Lisa Bade ,  Sharin Anderson ,  Tom E Lewis  Freezone  and Modern Life, a powerful three piece outfit with Geoff Bridgford and Geoff Hassal who developed a reputation for their dynamic  live performances. In 1995 Gary Joined up with Marie Wilson and went on to gain chart success on the Australian airwaves. Then a stint with Blues legend Bo Diddley took him back to his RnB roots. Now, as he pumps out his 5th studio release we get the very best kind of insight into this Australian music troubadour.

Gary Solomans latest release (with Talullah Lacey and Stuart Jaymes) is due for release this month. 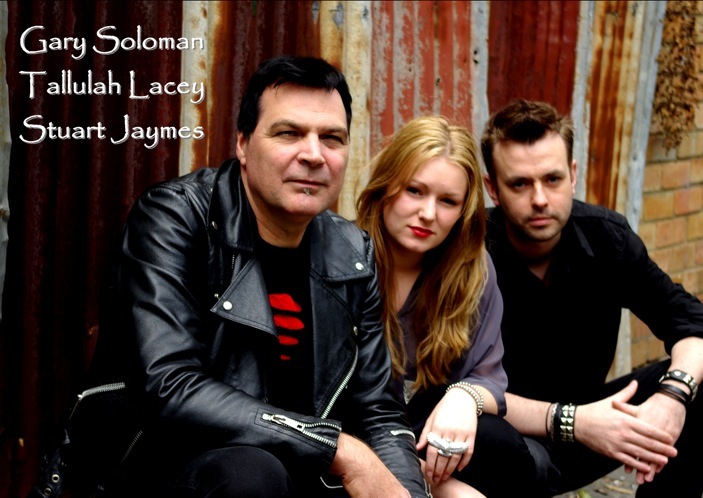