On Sunday 18th August popular Melbourne musician Jules Boult visited the 88.3 studios to give us an extra fine taste of where his varied musical journey is situated at the moment. It was a wonderful hour with Jules bringing along his fine feathered friends Chris Mac, Winston Galea and That Sousaphone Guy to present a fabulous live hour of music LSS style, with tunes from his 2012 release “Almost Alone” as well as featuring some material from his soon to be released (in October) live album. Get yourself a taste of what a fine bunch of musicians these lads are by having a listen to the whole shebang right here on the full podcast of the show. 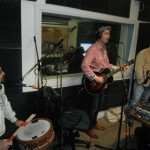 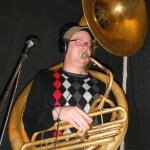