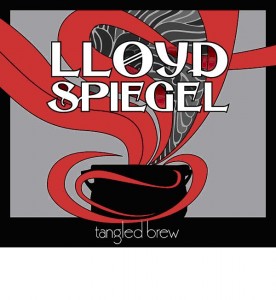 We’re thrilled to have blues legend Lloyd Spiegel in the studio for a live Sunday Session of killer blues licks and as well as some gentler moments on the guitar, as he takes us through the making of his latest album Tangled Brew.  Lloyd will be joined in the session with Arun, his “percussionist extrordinaire”.

The long awaited studio album, ‘Tangled Brew’, is a change in direction for Lloyd Spiegel which sees him draw on the inspiration gained from spending twenty of his thirty years on blues stages around the world. The result of a life-time on the road, Lloyd’s 8th album sees him pushing his own vast musical boundaries and proves him to be far more than a straight-up acoustic blues guitarist.

Tangled Brew will be released in June 2010 and distributed through Black Market Music.

Lloyd will be touring the CD nationally with Arunachala, July though December 2010.