It’s hard to find a space on the wall for a new band to fill, but Mercury White has found one hell of a gap! Inspired by bands such as Muse, Bloc Party and Arcade Fire, their use of male & female vocal harmonies, edgy introspective melodies and undeniable pop/rock appeal shows us that live music can only get stronger from here on in. 2013 saw Mercury White release their self-titled album to great reviews, reaching number 2 on the Reverbnation indie charts. In December 2013 Mercury White won the Australian Emergenza Band Competition, and performed at the Taurbertal Festival world final in August 2014. They placed fourth out of over 34,000 bands who entered worldwide – phenomenal effort that. During this year, MW returned to the studio and the result is a three track EP “Sophisticate” to be released in October. These folk are seriously talented and finely honed musicians and now, having mastered their craft, polished their instruments and thrown on their game face, they’re reckon they’re ready to create a storm along with a little bit of havoc at Southern FM! Get around them between 4-5pm on the 5th October, a free mind blowing mini concert in your own loungeroom/patio/back yard/car/on top of the refrigerator/in bed (good option)/on the couch or even walking on the beach because you can stream it, tune it in on your phone or listen in the old fashioned way. 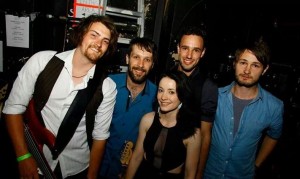