Join Mark Naumann form Purple Haze for a 2 hour show featuring an interview with Author Jeff Apter chatting about his new book ‘Up From Down Under’ which looks at the artists who put Australia on the map musically. From Peter Allen to Gotye and heaps in between. Hear the music that took over the world. 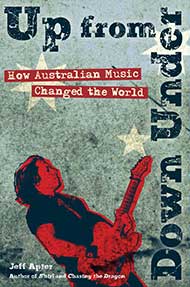 tagged with Gotye, Jeff Apter, Olivia, Peter Allen, Up From Down Under