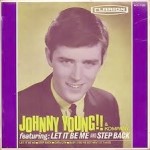 Some of the topics Johnny & Mark talked about included : Johnny’s upcoming national concert tour with Colleen Hewett & Normie Rowe, some of Johnny’s past hits (Step Back, Caralyn, etc.), some of the hits he has written for other artists (The Real Thing, The Girl That I Love, Smiley, The Star etc.), his friendship with Barry Gibb and many other topics were covered too.

‘Special guest’ Russell Morris phoned in to talk about The Real Thing & The Girl That I Love. Both these songs were written by Johnny & sung by Russell & both reached #1 nationally , with The Real Thing being in the national charts for nearly half a year! 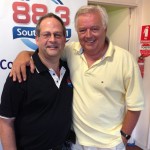