Here’s the podcast of my interview with Athol Guy, which went to air on Wednesday 30th May, 2018. I hope you enjoy it. 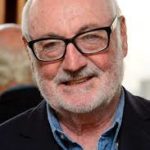 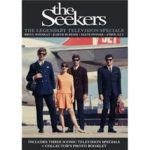 Here’s a press release re The Seekers new dvd:

‘THE SEEKERS: THE LEGENDARY TELEVISION SPECIALS’ – CELEBRATING THE 50-YEAR ANNIVERSARY OF OUR FIRST SUPERGROUP BEING NAMED AUSTRALIANS OF THE YEAR

In 2018, to celebrate the 50th anniversary of The Seekers being named Australians of The Year just five months before their surprise break-up, Fanfare Records is proud to announce the release of the group’s three classic Australian television spectaculars from the Sixties as a complete DVD set.

Beautifully-presented, ‘The Seekers – The Legendary Television Specials’ is an all-in-one collector’s edition that gives Seekers fans the chance to watch the spectacular and meteoric rise to international fame by Australia’s most successful Supergroup, a fairy-tale story literally unfolding before their eyes.

From 1966’s ‘The Seekers at Home’, with the grainy, black-and-white footage that was the hallmark of the early days of Australian television, through the filmed-in-colour, big-budget 1967 musical travelogue of ‘The Seekers Down Under’, and the top-notch colour 35mm film that captured 1968’s ‘The World of The Seekers’, viewers witness a folk quartet singing for their supper in a Melbourne coffee house, transitioning into the global pop phenomenon they were to become in just four short years.

All the chart-topping hits are included – ‘I’ll Never Find Another You’, ‘A World of Our Own’, ‘The Carnival is Over’, ‘Morningtown Ride’ and ‘Georgy Girl’ – as well as many of the group’s most popular evergreen favourites … ‘Someday, One Day’, ‘Red Rubber Ball’, ‘We Shall Not Be Moved’, ‘When Will the Good Apples Fall?’, ‘Colours of My Life’ and ‘Myra’.

Those timeless evergreens are interspersed with historic footage of the group’s record-breaking appearance at Melbourne’s Myer Music Bowl; airport mob scenes; and an inside look at a cocktail party held to present them with gold records. Among the other surprises: Athol Guy, Keith Potger, and Bruce Woodley’s romping version of ‘I Was Born About 10,000 Years Ago’ performed live; Judith Durham’s solo versions of ‘The Lord’s Prayer’ and ‘Study War No More’.

This collector’s item is also a snapshot of Australia in the mid-to-late 1960s: Queensland’s Gold Coast, pre-high rise; Sydney, before the Opera House was finished; Melbourne’s small international airport; open-top cars when passengers didn’t wear seat-belts; the fashions, the hairstyles, the cars…

Official statistics by the Australian Broadcasting Commission reveal that The Seekers dominate in audience share for Australian-made television productions. ‘The Seekers at Home’ recorded a 66% share, ‘The Seekers Down Under’ claimed a staggering 78%, and ‘The World of The Seekers’ snared 75%. In the category of musical specials, The Seekers claim the top three spots. Their nearest rival is the 1964 special, ‘The Beatles Sing for Shell’, which claimed an audience share of 65%.

And in the list of the Top 20 Most Watched Shows of the 20th Century, it’s The Seekers again at numbers nine and fourteen respectively with ‘The World of The Seekers’ and ‘The Seekers Down Under’.

So often archival footage of historic events in Australia is lost in the annals of time, requiring later re-enactments of the stories. How fortuitous then, that these three iconic productions not only survived, but have been lovingly brought to life again. They’re accompanied by a lavish, 24-page collector’s booklet, crammed with still photography from each of the specials, and the stories that led to each production.