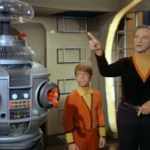 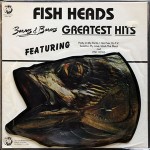 Join Bill Mumy, one of the most successful child actors ever, having starred in many, many classic TV shows such as: Lost in Space, Twilight Zone, Perry Mason, Ben Casey, The Fugitive, Babylon 5, etc., etc. And Bill has also forged an extremely successful music career being one half of the legendary singing duo Barnes & Barnes of Fish Heads fame. Bill has also eked out an impressive solo career having released approximately 15 albums, his latest being Ten Days.