Richard helped record all the incredible songs that will be heard in the broadcast. 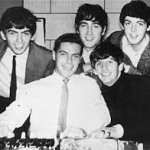 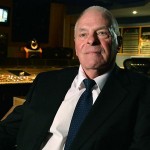 Mark Copolov can be contacted via: