Join Mark Naumann with Bruce Hutchins, and special guest co-host Nick Blackie for a 2 hour Purple Haze special – the New, Used and Abused Tribute to South Australian Music. The Australian music landscape is littered with musical talent that originated in South Australia – some would say that an unusual number of artists have come from SA and broke the music scene wide open. We are sure there are many reasons and we will endeavor to delve into a few of them – so join us at 8pm (AET) at 88.3 Southern FM Bayside Melbourne – or stream the show worldwide from www.southernfm.com.au 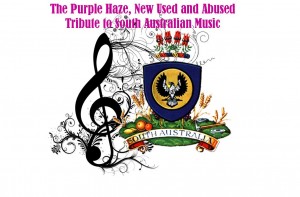