The world’s most biased sporting segment took on a sombre tone at times when Demons supporters Colin Tyrus and Adam Woolcock from demonwiki.org discussed the end of Melbourne Football Club’s finals campaign.
Even Chopin’s famous Funeral March gets a brief airing on 88.3 Southern FM’s “A Newsman and his Music” program just ahead of the midday news on Monday 24 September 2018.

END_OF_DOCUMENT_TOKEN_TO_BE_REPLACED 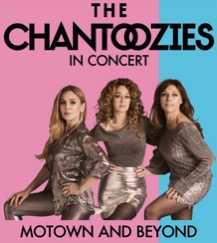 Tottie Goldsmith was a founding member of the legendary Australian group The Chantoozies. She joined Colin Tyrus for a chat on the first episode of “A Newsman and his Music” (10 AM to Midday Mondays). The Chantoozies are in rehearsal for this month’s special Motown and Beyond show in St Kilda.

END_OF_DOCUMENT_TOKEN_TO_BE_REPLACED

Memories of the 1986 Russell Street bombing

This recalls the 1986 bombing of Melbourne’s Russell Street police complex. It features excerpts from Ten Eyewitness News and interview by Colin Tyrus with his brother Peter who was a cameraman who covered the story.