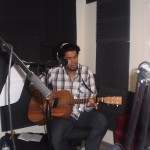 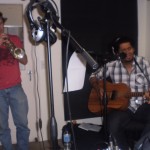 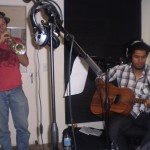 Damen Samuel is an international singer/songwriter and performer who is based in Melbourne now after spending extended periods around various parts of the world. 2009 saw the successful launch of his first full-length album “A Gypsy’s Lullaby”, which received airplay from dozens of radio stations. Some of the album’s music was also used for the soundtrack of the feature film Good For You.
In 2009 Damens professional travels led him across Australia, the U.S. and Europe and these travels were highlighted by his performance as the opener for the Karel Music Expo in Cagliari (Italy) where he played alongside Marc Almond and which also gained him positive reviews in Rolling Stone Magazine.

We in Australia are lucky that he has forsaken New York, Seattle and other great cities and bought his soulful, passionate and mellow sounds to Melbourne and on Sunday March 27th you will hear a full uncensored hour of the talent that is Damen Samuel. Don’t miss it, he has a unique voice and approach to his beautiful songs.