Our next 2 Live Sunday Sessions are pretty exciting. This Sunday 1st June we will be moving back an hour to accomodate our Southern Football League special “Super Sunday” live match broadcast and will be kicking the Live Sunday Sessions into gear at 5pm with the delightful Emma McDonald. Emma was a nice little find for us when she performed at the recent City of Kingston Harvest Festival and she will be hitting the mic from 5pm armed with only with her trusty ukelele, a swag of original tunes and oh yes….a bass player as she takes us for a spin “E-MAC” style.

Then, on Sunday the 8th of June back at our regular 4pm kick off, past guest from March 2010, Tracy McNeil returns and whilst she still might call Canada where she came from, she now calls Australia home and has done for a number of years. After initially teaming with Jordie Lane for her first full release McNeil has since released the beautiful “Fire From Burning” album in 2011 and now after a myriad of diversions and projects she is releasing her latest offering “Nobody Ever Leaves” with an official launch at the Northcote Social Club on June 28th followed by a national tour through July and August. The album features another fresh sound combining the very best of her very own North American roots with a little bit of Australian alternative country flavour whilst the cream, topping and nuts is added via a hint of the great West Coast/California sound of the 70’s. Sounds like a winner to us and we get the best seat in the house to hear the “New” McNeil as she presents front and centre at 88.3 with guitarist Matt Green!!!    www.tracymcneil.com 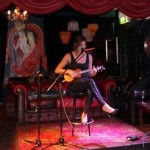 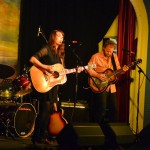