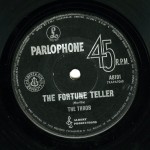 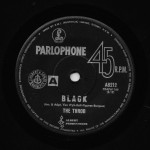 One of the most storied Australian rock bands of the 1960s was no doubt the legendary Throb. Releasing only two singles in their lifetime (& what 2 singles they were!!!) The Throb’s down & dirty & positively frightening songs still seem as fresh as they were back in 1966. Their version of the well-known song ‘Fortune Teller‘ being undeniably the definitive version & their final single Black was just too scary for audiences way back then.

Join the entire rhythm section of The Throb, drummer Peter Figures, & bass player, Denny Burgess who not only composed their own songs too, but lent vocal prowess to The Throb, as they discuss their respective music careers, pre & post Throb.