It is a triumphant return for one of Southern FM’S biggest favorites as Jenny Biddle joins us in the studio on the Live Sunday Sessions this Sunday from 4pm for a full hour set. With her highly anticipated third studio album “Hero In Me” just about to be released, Jenny is a musical storyteller of the highest order who sings with guts, soul and heart, plays guitar like few others and who writes songs which have personal lyrics chock full of passion, introspection and hope all at the same time. Named Melbourne’s best busker in 2010 just after arriving down here the former Sydney-sider now calls Melbourne home and has been busy in recent weeks with a bunch of performances at the St.Kilda Festival and most of our other best live music venues. As a live performer, she has the ability to resonate with her audience, enticing interaction and displaying great stage presence. A Jenny Biddle performance is full of energy and humour. Her guitar playing is nothing less than a marriage between body and instrument. She intertwines bass notes, percussion and melody so seamlessly that it seems there has to be more than one person on stage, despite conflicting evidence to the contrary. This Live Sunday Session will be an engaging experience and one that will create fans of any listener. Folksy roots, with a touch of blues and a touch of country and a touch of lots of other bits, this girl is special and this is your chance to hear it first hand!! Or, you could get to her album launch show at the Thornbury Theatre on March 15th, or, you could do both………mmmmmmmmmmm 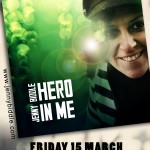 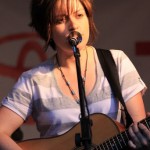