LAUREN BRUCE ON THE LIVE SUNDAY SESSIONS THIS SUNDAY!!

Lauren Bruce’s music is brutally honest. She is a woman that holds no fear in exposing her vulnerability or tenderness. Her musical journey began early as she followed in her Fathers footsteps and her songwriting showed a strength and sensitivity that belied her young years. After winning the prestigious David Helfgott scholarship, Lauren relocated to London to further hone her craft both as writer and live-performer in 2009. With her band, “The Believers” in tow, she became a regular headliner at notable venues around London. But more than that, her stay would inspire the exploration of her own depths, fuelling self-awareness that would ultimately spill over into her songwriting. 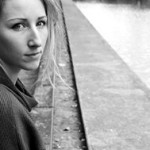 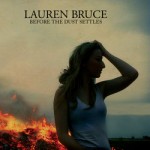 In the final weeks of her time in the UK Lauren bunkered down in an old church in the English countryside to record the songs which were later mastered at London’s iconic Abbey Road Studios and resulted in her debut album, “Before The Dust Settles”, which was released earlier in the year and displays the intimate, powerful and intensely personal stylings that you only get with a truly talented songwriter and performer. Get a glimpse of this great Australian talent this Sunday afternoon from 4-5pm as she showcases the album with a live studio performance to be savoured.