88.3 in the news with Leader Newspapers 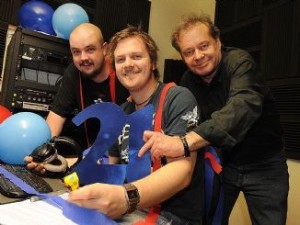 “Before that there were nine years of test transmissions and license applications, so it was a long time coming,” Mr Missen said.

Mr Missen said local radio was an important part of the community. “Community radio gives people a grassroots hobby or stepping stone to a career and offers a great alternative to commercial stations,” he said.

Mr Missen said the station’s LOTE programs were some of the most listened-to shows – even drawing overseas listeners.

“At any given time we have people from 20 different countries streaming our programs live,” he said.

“We have listeners from 80 different countries.

“Last week we had someone from Uganda listening to a show.”

Mr Missen said the station relied on community support to stay on air.

“So subscribe, tune in and support your local station,” he said.