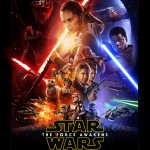 Few films have had so much pre-release hype and such a weight of expectation as Star Wars: The Force Awakens. Reigniting possibly the most loved film franchise in history and plugging into a film mythology that defined the youth of many people, particularly Gen x-ers, is a daunting task for any film-maker. Much of the fevered anticipation for this film was due to director J.J. Abrams being an acknowledged Star Wars fan who appeared to understand what made the original films work and seemed like someone who could do Star Wars justice. Having been burnt horribly by the atrocious prequels, fans clearly felt Abrams was the man to champion the good name of Star Wars. For the most part their faith has been rewarded as Star Wars: The Force Awakens is a thrilling space opera that, despite a couple of stumbles, cleverly negotiates the fine line between fan service and re-invention for a new generation.

This film is a minefield of spoilers and it would be unfair to reveal too much. Suffice to say that it’s set roughly 30 years after Return of the Jedi and a new but familiar menace (not Jar Jar) has emerged to threaten the rebel republic. Like a Bond film, though, Star Wars films aren’t about clever plotting they’re about action, spectacle and characters.

As an action adventure The Force Awakens is an undisputed triumph. The action scenes are frequent and surprisingly potent with elaborate battle sequences and exhilarating dog-fights realised through astonishingly believable special effects. Abrams also employs a remarkable visual palette using all the different planetary terrains of the Star Wars universe from deserts littered with crumbling space ship hulks, to vast oceans and lush forests.

It’s no spoiler to say that Han Solo appears in the film and Harrison Ford, despite the years, delivers a typically wonderful performance as the roguish Solo. Other characters from the original series appear but I’ll leave those as a surprise. Much of the focus is on the new characters: scrappy scavenger Rei (Daisy Ridley), conflicted runaway Stormtrooper Fin (John Boyega), arrogant pilot Poe Dameron (Oscar Isaac) and malevolent Dark Side acolyte Kylo Ren. For older fans this emphasis on the new characters will be a problem. Although convincing in the more physical scenes of which there are many, Rei, Fin and Po lack the charisma and easy charm of the Star Wars originals. The actors playing them seem too eager to prove themselves and often overact. Watching them reminds us of the times when Margaret and David took a break from The Movie Show and new upstarts took their chairs; we just wanted the originals back. These three may, however, develop into compelling figures as the many dangling story threads are tied together in the inevitable sequels. Kylo Ren, however, is a very successful addition to the franchise. Malevolent, calculating but also emotionally unstable he’s a worthy heir to Darth Vader’s throne.

As the man charged with resurrecting a franchise Abrams had a daunting task. He had to satisfy long-term fans’ desire for nostalgia and re-immersion in the world and the lives of the characters with whom they grew up while forging a credible new path with younger characters who could take the franchise into the future. Although this reviewer has some reservations about the new characters, Abrams and script writer Lawrence Kasdan have for the most part, successfully integrated the old and the new even though the placement of references to the original films occasionally feels forced (pardon the pun) and we can almost see the scriptwriters ticking boxes.

This self-consciousness also creeps into the film’s humour. The original films had a cheeky, campy quality that fitted their space pirate storylines and humour that seemed to emerge organically from the characters. This film has a few too many contrived in-jokes that don’t sound like the sort of thing that the characters would say; instead they sound like the sort thing a fan boy in 2015 standing outside the world of the film would say. Consequently, these attempts at humour take us out of the world of the movie.

A few script issues, however, don’t tarnish the film too much. Given the phenomenal pressures on Abrams to satisfy so many different interests with this film he’s probably done about as good a job as we could have hoped.