In this podcast, Purple Haze presenter Mark Copolov interviews Grand Wazoo founder, band leader & trumpeter John Montesante. The interview features tracks from two of the Grand WaZoo albums, Band of 1000 Dances (studio) and Soul Monster Live. Mark chats with John about his musical life and passion for Afro-American music, his soul arrangements and the joys and tribulations of being a band leader and arranger. With them in the studio is Paula,  a long time associate of John, who helps fill out the big picture. 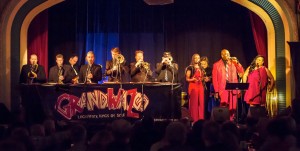 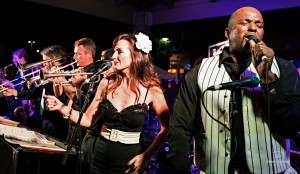 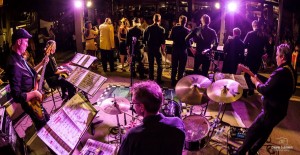 GRAND WAZOO is a legendary 13 piece Soul band, founded in 1981 by Trumpeter & Arranger, John Montesante, who still leads the Band today.For more than 34 years, this stellar band has provided the most authentic and entertaining Black Soul Music experience in Australia, featuring the great hits & dance tunes of the 1960s-70s, rare gems not performed by other outfits, along with Grand WaZoo originals in that same big brassy style.  It also performs material from iconic horn outfits, such as Blood Sweat & Tears and Tower of Power.

As well as regular live appearances in the media, Grand WaZoo has recorded 4 band albums and also backed Max Merritt on his 40 Year Live Concert album.