WRITE NOW – tonight 11/8/22 – Brainwave’s latet initiative; then I’ll talk with Vikki Petraitis about her book The Unbelieved – Winner of the inaugural A&U Crime Fiction Prize; and what a GREAT read it is! Please join me, Gaytana  ALSO: the AMA VIC is asking us to wear a mask to protect ourselves & OTHERS from Covid & flu.

END_OF_DOCUMENT_TOKEN_TO_BE_REPLACED

BEST MEDICINE – today 9/8/22 – Gwyn Harper, Melbourne Welsh Choir – remembering Judith Durham; then Tom Valenta author & Alzheimer’s, Cystic Fibrosis advocate. Please join me, Gaytana   ALSO: the AMA Vic is asking us to wear a mask to protect ourselves & OTHERS from COVID & flu. Looking out for each other – that’s what community does. G

END_OF_DOCUMENT_TOKEN_TO_BE_REPLACED 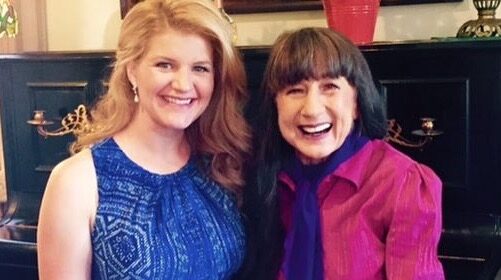 “Judith Durham is the reason I’m a singer” reflected Mirusia in this heartfelt conversation with Southern FM’s Nathan Reynolds.

END_OF_DOCUMENT_TOKEN_TO_BE_REPLACED

Having opened the Moro Spanish Film Festival earlier in the year and now screening in general release is the movie industry satire, Official Competition.  The film, which stars two of Spain’s most famous actors, Penelope Cruz and Antonio Banderas, is largely a dig at weird, egotistical actors and the slightly ridiculous world they inhabit. Penelope Cruz plays lauded arthouse director

END_OF_DOCUMENT_TOKEN_TO_BE_REPLACED

As the Melbourne International Film Festival opened for a celebrated 70th year, ‘Built For Speed’ talked about some of the offerings in the Australian and International short film showcases, in particular, Chinese film ‘The Water Murmurs’ and Australian film ‘Mate’.