No not those ones, the ones where a band or artist had a big hit but just avoided becoming a “one hit wonder” by having a second, less successful release. The Romantics “What I Like About You” is well known, what was the other less successful hit song they had. The same can be said for The Swingers, Extreme, Berlin, Corey Hart, Sophie B. Hawkins, A-Ha, Kim Carnes, Mary Hopkin, The Spencer Davis Group, Feargal Sharkey, Eddy Grant, Alannah Miles, Bucks Fizz and The Presidents of the United States of America. Yes, it’s memory lane again on RGG so join us from 10am this Saturday morning for another rollicking ride (like the wind)!! 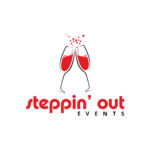