Clint chatted with Will Colvin (drummer) of Verticoli about the exciting things this band have been up to since 2017’s Free Will…. Their new track So Far was all about distance, one of many barriers that may need to be overcome in a relationship… 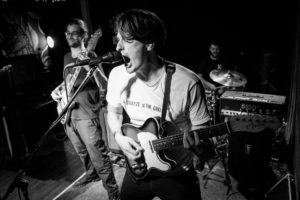 bout a relationship coming about at a completely inopportune time. It was written after my girlfriend and I got together at the end of university, just as a fling initially, which then turned into more than that after we’d already accepted jobs on opposite sides of the country. So it’s about a long distance relationship and how consuming that dirty word love can be. I eventually admitted defeat and moved to be with her after I tried to quash those feelings, but I’m totally happy I made the right decision.”